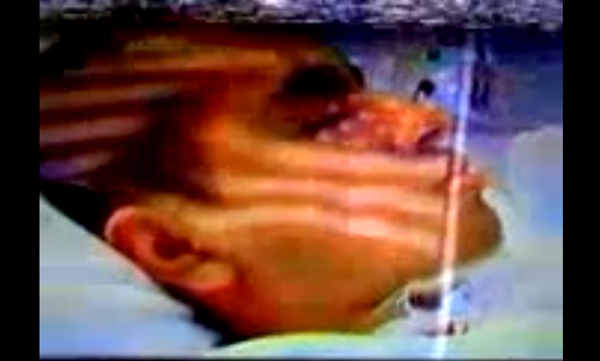 A woman in Texas believes her missing brother may be a John Doe who has been in a Coronado nursing home on life support for the past 14 years. The man was severely brain injured in a car accident near the U.S.- Mexican border.

The unidentified man is one of 4,000 people in California being kept alive on machines in special nursing home units. These units were featured in an exclusive inewsource report broadcast nationally last week.

Statewide, seven men and one woman are John and Jane Does, according to the California Department of Health Care Services.

For Yolanda Ibarra Lara, the possibility that her brother, Gilberto Ceron Lara, is alive is a godsend.

“And we’ve always wanted to have an answer, if something happened to him, if he’s no longer living. If he’s lost where his body ended up (so we can) bury him,” Ibarra Lara said through a translator.

Statewide, seven men and one woman are John and Jane Does, according to the California Department of Health Care Services.

The last time they spoke was in March 2000, Ibarra Lara said. Her brother, 19 and a citizen of Mexico, told her he was going to cross the border from Tamaulipas, a northeastern state in Mexico, to Texas with an acquaintance. The last she heard he made it to Laredo.

Ibarra Lara found new hope last month when her cousin came across an old video on YouTube about a young man — brain injured and nameless — in a San Diego hospital.

“If it is my brother, it would bring joy to the family finding him again, seeing him again.”

According to the video, produced by a Spanish language media outlet, the man had spent a year in a coma at the UCSD Medical Center. He arrived at the hospital unconscious, after being ejected through an open window of a car.

He had no identification, just a Mexican phone card and a few pesos. The others in the car didn’t know his name.

The young man can’t speak, is unable to move and doesn’t respond to voices, according the YouTube video.

There is nothing on the video indicating the year the news story was first produced, but Ibarra Lara was able to trace the young man in the video to a John Doe at the Villa Coronado Skilled Nursing Facility in San Diego County.

The director of the nursing home, Ed Kirkpatrick, confirmed they accepted a resident from the UCSD trauma unit 14 years ago. They don’t know his name.

Normally, family members make health care decisions on behalf of those who cannot speak for themselves. For example, a relative can decide to withdraw life support when there is no hope for recovery.

The situation for the John Doe in Villa Coronado could become more complicated if he’s identified — and found to be in the country illegally.

In the case of a Jane or John Doe, a health care team consisting of administrators, a social worker and doctors make the decisions.

Continuing treatment indefinitely for people with no families underscores the default in the system: Keep people alive at all cost.

“He is receiving treatment. He does not have any health care issues that have put him in a situation that would require a new decision,” Kirkpatrick said.

The situation for the John Doe in Villa Coronado could become more complicated if he’s identified — and found to be in the country illegally.

The man’s care, about $700 a day, is covered by Medi-Cal, the state’s program for the poor and disabled. A section in the Medi-Cal policy manual allows Jane and John Does to qualify for care when they are comatose, amnesic, or in some other way incompetent. A health care provider must conduct what’s called a “diligent search” to try and determine a person’s identity and ability to pay before applying for Medi-Cal on his or her behalf.

There are provisions in state policy that allow Medi-Cal to pay for long-term care for undocumented residents, according to a spokesman for the state.

This is the sixth time someone claiming to be the man’s relative has contacted Villa Coronado. The previous five inquiries did not result in a positive ID.

Ibarra Lara has enlisted the help of the Mexican Consulate in San Diego to work with the nursing home to identify whether the resident is her brother. She sent the consulate her brother’s Mexican military ID, which has his photo and his fingerprints.

“They told me it looked a lot like that young man (in the nursing home) and he more or less has the same age as my brother,” Ibarra Lara said.

Remedios Gómez Arnau, the Mexican consul general in San Diego, confirmed that her office was contacted Aug. 28 by the Mexican Consulate in Texas regarding Ibarra Lara’s claim.

“They are in the process of reviewing the fingerprints trying to see if they really match,” she said.

Ibarra Lara considered the immigration implications, but she said they can’t be worse than knowing that her brother is sick or alone.

“If he is my brother the only thing we want and think about is getting him back and taking care of him. And the rest God will decide what happens,” she said.

Ibarra Lara said if the man in the nursing home is her brother, she knows he’ll require medical care. She said her mother would take care of him in Mexico.

The Border Patrol reports that hundreds of migrants are found dead every year along the U.S. – Mexican border.

Many are never identified, according to the Colibrí Center for Human Rights in Arizona.

The Colibri Center attempts to identify remains and reunite them with their families. It has a database of 1,500 missing people last seen near the border.

Kirkpatrick would release few details because of privacy laws. The nursing home won’t provide a current photo of the man or allow Ibarra Lara to see him unless nursing home officials can positively identify her as his relative.

“At this time we do not have enough evidence to show this is the individual they are seeking,” Kirkpatrick said.

Medical administrators and practitioners acknowledge end-of-life treatment is a delicate and emotional area. But some don’t believe society is ready to decide who should live and who should die.

Dr. Lawrence Schneiderman, a physician, ethicist and professor emeritus at UC San Diego, doesn’t believe the government should pay for unlimited life-support treatment when there is no reasonable chance of recovery because it isn’t fair to everyone else.

He reacted strongly when told about unidentified people being kept alive.

“This is brought to absurd extremes by people who have nobody to speak for them,” he said, “And they’re just in a kind of inertia, legal and ethical inertia of just being kept on life-sustaining treatment.”

He said hospitals and nursing homes must establish policies to guide care in futile situations, when a patient is incapable of experiencing the benefit of treatment. These policies should address when physicians are not obligated to continue treatment if there is no benefit, he said.

Even if the John Doe at Villa Coronado is not Ibarra Lara’s brother, she wants the man’s story told.

She understands the anguish of a family not knowing what has happened to a loved one.

“How is it possible that someone (can) be there so many years, lost without their family,” she said.

“That young man is human… and if he’s not my brother, I would like to do everything possible to try to find his family as well.”

More in this series: 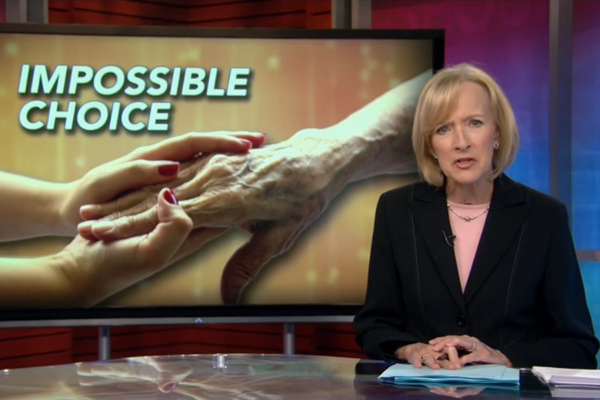 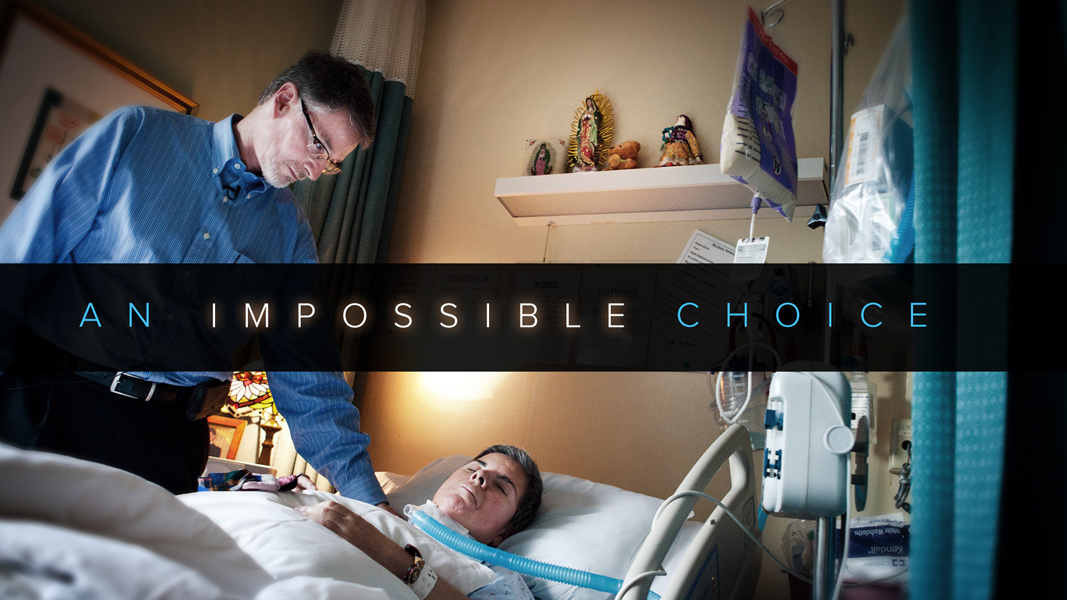 Deciding When a Life is No Longer Worth Living 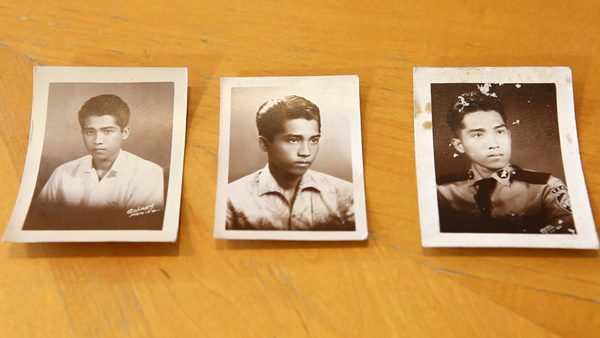 The life and death of Pepito Burlaza

Have a question about end-of-life care or decision-making? Ask our experts by clicking here. Or, if you’ve had an experience with end-of-life issues, share your story here for possible publication on our website.

The Impossible Choice team describes the origin of this project and the difficulties in reporting it here in our Frequently Asked Questions section.

An Impossible Choice is a project of inewsource, an independent journalism nonprofit on the campus of San Diego State University. Find out how to support this kind of work here.